The plethora of memes out there right now hailing 2016 as the worst year ever is staggering. Everywhere you look on social media, people are ready to be done with 2016 and start anew in 2017. Generally, the outlook for 2017 is positive … most people are going into 2017 with the idea that 2017 will be much better for everyone than 2016. 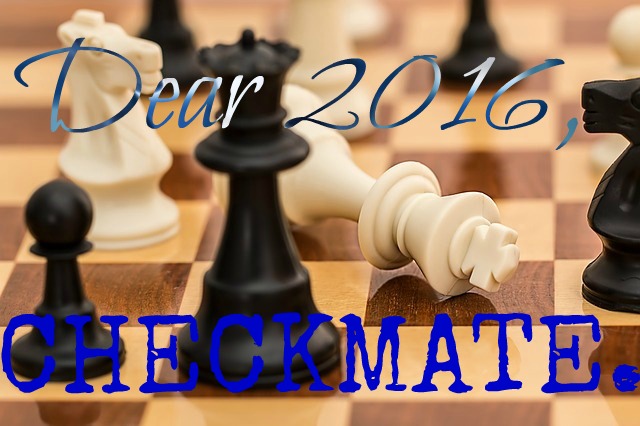 But as Wordwraith Books reflects back on 2016, our year collectively as a business and individually as authors was a great one. Yes, it started off a bit rocky as disagreements among our group led to unnecessary drama blown way out of proportion. However, that rough patch led to clearer communication, the formation of standardized processes, firmer group guidelines, and ultimately freed a lot of time and energy that catapulted Wordwraith Books to where we are today.

In 2016, we really found our feet. We laid the groundwork for the publishing company we want to be. We constructed the vision of where we’re headed in the future. We published 6 books–not too shabby for our first official year! We spoke on panels at conventions, we sold our books at conventions, we gave live readings, we read to children, we spoke to high schoolers, we had a book signing, and we got our books into our local independent book store. Along the way, we’ve been learning from some of the best of the best in the industry, from indie authors like Nick Stephenson and Johnny, Sean, and Dave from Sterling and Stone, to the literary agents and acquiring editors of the Manuscript Academy. We’ve learned, we’ve grown, we’ve rolled with the punches and kept writing and working through it all. And our efforts are paying off. We’ve built many wonderful professional and personal relationships throughout 2016, and we’re selling books, too!

When we look back on 2016 as a business and as authors, we see that it was truly a “set up” year. Positioning all the pieces, streamlining our processes, and finalizing our overall publishing and sales strategy.

Our word for the new year is “execute”, and we’ll be doing just that. In 2017, we will be using the knowledge, experience, and connections gained throughout 2016 to take everything to the next level. With another 6 projects (at minimum) on the publishing slate and 7 events already on the calendar (not counting more book signings, readings, or speaking events TBD!), 2017 is shaping up to be a very busy year, indeed.

You can expect a book from us nearly every month of 2017, and in between our new releases, we’ll be all over the Kansas City metro area at various conferences and conventions. We’ll also be having another virtual NaNoWriMo prep workshop and live Q&A in October 2017, since we had so much fun with the one we did in 2016!

As we look back on the past year, we are thankful for all of the amazing things we’ve accomplished, and for all of the wonderful people around us who have helped make it possible. We look forward to 2017 with excitement, hope, anticipation and determination.

2016 may have taken many of our celebrity icons from us, and may have left us in a state of economic, financial, and domestic uncertainty and instability due to our unconventional, inexperienced, and outspoken President-elect, but as a business, as authors, as people, we will persevere. Along with the majority of our nation, we believe 2017 will be even better than the year before.

We will make it so.

❤ J. R. Frontera and the Wordwraiths

If you are a reader and would like to be notified of our new releases and events, click here.

If you are a writer and would like to be notified of our upcoming workshops or events, click here.

View all posts by wordwraiths